Home » What is Medicare

Medicare is the national health insurance program to which all Social Security recipients who are either over 65 years of age or permanently disabled are eligible. In addition, individuals receiving railroad retirement benefits and individuals living with end stage renal disease are eligible to receive Medicare benefits.

Medicare is not a welfare program, and should not be confused with Medicaid. The income and assets of a Medicare beneficiary are not a consideration in determining eligibility or benefit payment. Medicare is a national program and procedures should not vary significantly from state to state.

Coverage under Medicare is similar to that provided by private insurance companies: it pays a portion of the cost of medical care. Often, deductibles and co-insurance (partial payment of initial and subsequent costs) are required of the beneficiary.

Part A of the program is financed largely through federal payroll taxes paid into Social Security by employers and employees. Part B is financed by monthly premiums paid by Medicare beneficiaries and by general revenues from the federal government. In addition, Medicare beneficiaries themselves share the cost of the program through copayments and deductibles that are required for many of the services covered under both Parts A and B.

These plans are currently referred to by the administration as “Medicare Advantage” plans.  They are intended to offer options for the financing of Medicare covered health services. The options will include “coordinated care plans,” which include managed care plans, as well as medical savings accounts, private fee-for-service plans, and other options. Beneficiaries should enroll in such plans only after careful study and thought.

For information on enrolling in Medicare even if you are not eligible for Social Security, click HERE.

Individuals entitled to Social Security retirement insurance who are 65 years of age and older, and individuals entitled to Social Security disability benefits for not less than 24 months are eligible to participate in Medicare. Individuals entitled to Railroad Retirement benefits or Railroad Retirement disability benefits and individuals suffering from end stage renal disease or ALS are also eligible to participate. Certain federal, state and local government employees who are not eligible for Social Security retirement or disability benefits may be eligible for Medicare benefits if they worked and paid the Medicare Part A “hospital insurance” portion of their FICA taxes for a sufficient period of time. Federal employees became subject to the hospital insurance portion of FICA in January 1983. Most newly hired state and local employees, not otherwise covered under Social Security, started paying the hospital insurance portion as of April 1986. Individuals who are not otherwise eligible for Medicare, but who are over age 65, may also purchase coverage by paying a monthly premium.

Medicare eligibility for Social Security and Railroad Retirement beneficiaries begins on the first day of the first month in which the individual attains age 65. This is also the date upon which individuals not otherwise eligible for Medicare are entitled and may purchase coverage.

An application for Social Security or Railroad Retirement benefits will trigger automatic enrollment in both Medicare Part A and Part B. However, since participation in Part B is voluntary and requires the payment of a monthly premium, individuals are offered an opportunity to decline enrollment in this part of the program.

If you’re not already getting retirement or disability benefits, you may contact Social Security to sign up online for Medicare during your “Initial Enrollment Period,” the three months before your 65th birthday,your birth month, and the three months after. You can sign up for Medicare even if you don’t plan to retire at age 65.

An individual may make application to enroll in Medicare three months prior to the first month in which they would be eligible for benefits and for three months after their first month of eligibility. This period is referred to as the “initial enrollment period.”

An individual turns 65 in May. Her initial enrollment period will be February 1, through August 31. Depending upon the month in which she enrolls her coverage period would be as follows:

There is also a “general enrollment period” which occurs in the first three months of each year. An individual who fails to enroll during his initial period of eligibility can only enroll in Part B of Medicare during this general period (and may be required to pay a premium surcharge for late enrollment), unless he falls under the provisions of the working elderly discussed below. Enrollment in Part A can take place at any time and coverage can be retroactive up to six months unless the individual must purchase Part A coverage. If an individual must purchase coverage, enrollment in Part A can only occur during the initial or general enrollment period and coverage will begin on July 1 of that year. Similarly, for beneficiaries enrolling in the general enrollment period Part B coverage will not begin until July 1 of that year.

ENROLL ONLINE: As of 2010, you may also enroll online at www.socialsecurity.gov (site visited September 23, 2015). Click “Online Services” and then “Apply for Benefits.” The application process can take less than 10 minutes.

At the time that the Medicare program was established in 1965 most people retired at 65, and automatically began their participation in the program at that age. However, as people began to work past the age of 65, and as Medicare began to try to contain costs, Medicare coverage and enrollment policy changed.

In the early 1980’s several pieces of legislation were passed which made Medicare benefits secondary to benefits payable under an employer group health plan (EGHP) for employees and their spouses age 65 and older. Further, employers are now prohibited from offering a different health plan to Medicare eligible employees and their spouses than that which is offered to other employees. Employers with less than 20 employees are exempt from these new laws but may participate voluntarily.

These changes led to the establishment of an additional “special enrollment period” for the working elderly. Individuals, over the age of 65, who are covered by an EGHP by virtue of their own, or a spouses’ employment, have the option to enroll in Medicare past age 65 without incurring a premium surcharge. Since their EGHP is the primary payer many workers may not want to pay for Medicare coverage which might be duplicative. Failure to enroll during this “special enrollment period” may result in a premium surcharge and the individual may not be allowed to enroll until the next general enrollment period.

Originally, the special enrollment period (SEP) began on the first day of the first month in which the employee was no longer covered by the EGHP, and ended seven months later. However, effective March 1, 1995, individuals covered under an EGHP can enroll in Medicare while still covered by the EGHP. Additionally, the period during which enrollment may occur, after EGHP coverage ends, was extended from seven to eight months.*

Under these new provisions, an individual can enroll in Medicare while still covered by an EGHP, and elect to have coverage begin in that month or any of the following three months.

Ms. M attained age 65 in 2007, but continued to work and be covered by an EGHP. In April 2009 she filed an application for monthly Social Security benefits and Medicare because she planned to retire on June 30, 2009. She can elect to have Medicare coverage begin either in April of 2009, or in any of the three following months. She elects to have coverage begin in July of 2009, since she has coverage under her EGHP until that time.

Mary could also have chosen to delay her application for Medicare until July 2009, the first full month she was not covered by an EGHP. This would also result in Medicare coverage becoming effective on July 1, 2009, the first day of the month that she was no longer covered by the EGHP. However, should Ms. M have delayed application for Medicare until August 2009, her coverage would not have been effective until September of 2009. This is because enrollment in Medicare during the seven months following the first full month in which an individual is no longer covered by an EGHP will result in coverage beginning the first day of the month after the month of enrollment. Therefore, to avoid any gaps in coverage it is advisable to enroll either in the three months before, or in the actual month your employment ends. It is important to remember that the changes in the law did not alter the fact that the SEP is only available to people covered by an EGHP by virtue or their own or a spouse’s employment.

There can be serious implication for individuals who fail to enroll in Medicare during their proper enrollment period. There is the surcharge of 10% per year assessed on the Part B premium for each year that an individual fails to enroll. What can be more serious, is that failure to enroll during the initial or special enrollment period will result in the individual not being allowed to enroll in Medicare Part B until the general enrollment period during the first three months of each year. Coverage for Part B benefits then would not begin until July of that year. As a result, there may be several months when an individual, having no Part B Medicare coverage, may be vulnerable to costly out-of-pocket medical expenses. It is important to note that an individual entitled to Social Security or Railroad Retirement benefits may enroll in Part A at any time and receive up to 6 months retroactive coverage without penalty. It is only Part B coverage which is subject to enrollment period restrictions and to a surcharge. An exception to this is those individuals not entitled to Part A coverage but who elect to pay the premium and participate voluntarily. They will be subject to the enrollment restrictions and the surcharge.

A decision to deny Medicare eligibility or coverage, for whatever reason, can be appealed to the Social Security Administration or Railroad Retirement Board. When a person’s enrollment rights have been prejudiced because of the action, inaction, misrepresentation or error on the part of the federal government she cannot be penalized or caused hardship. If an individual can demonstrate this to be the case, the decision to deny Medicare eligibility or coverage, or the imposition of a penalty surcharge, may be reversed. Appeals are handled by the local Social Security office. It is important if you feel you are being unfairly denied Medicare coverage that you insist on your right to an appeal.

HOW TO ENROLL IN MEDICARE IF NOT ELIGIBLE FOR SOCIAL SECURITY

The sections are divided so as to keep them short and clear. Just be sure to be accurate and complete.

Get maximum online exposure for your business by submitting a listing on our directory. Submit a listing and benefit from thousands of visitors our directory receives daily. Our directory can help you reach out to more people which means more interest in whatever you are promoting. 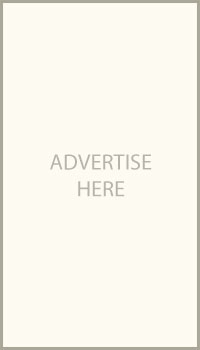 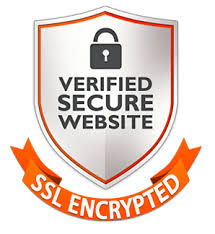